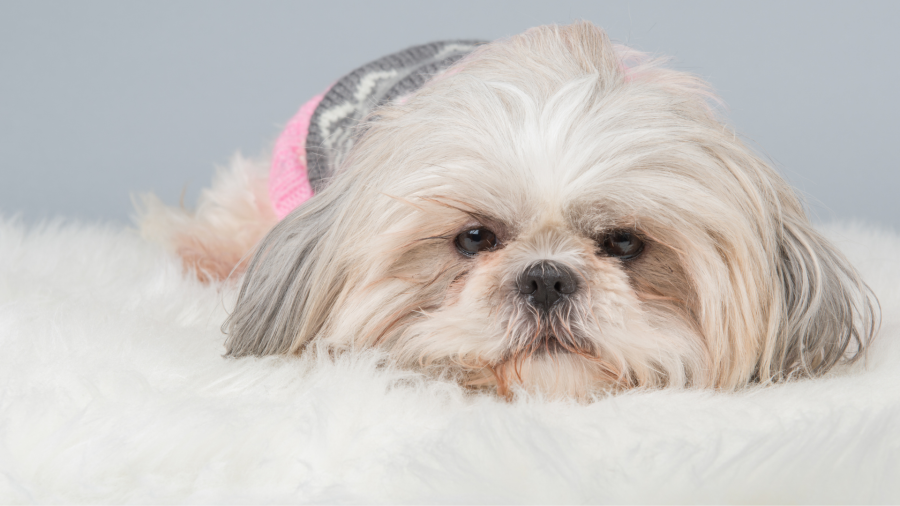 1.  Tudi cannot be humiliated. This is not unusual for a dog, but it’s notable because my love language is cruelty. I tell her that she’s funny looking. I tell her that her face looks like a boiled potato that got dropped on the ground. She’s got that stupid Shih Tzu profile, where her protruding eyes fit snuggly between a leathery monkey nose. Sometimes her face, full of adoration and need, makes me so mad. I mock her in private and in front of others, but I always cast a smile on her after. I love her oddity—her goblin face, the way her fat ass waddles from room to room, how she’s unhurried like she has already decided where she’s going. I love her so much it spills out as contempt. I admire that she knows the difference between derision and love, and that it doesn’t affect her self-esteem.

2.  Tudi makes eye contact with everyone she meets and that makes people smile. And when someone tries to bend down to pet her, she’ll trot away knowing that she doesn’t owe them anything. This is admirable, because I’m so eager to please and rarely do. Sometimes she’ll make sustained eye contact with a man, and he’ll smile at her and then say “hi” to me. I’ll say “hi” back and notice that my voice doesn’t quite work, because I haven’t talked to a human in a long time. Tudi doesn’t talk much either. When she barks, which is usually at cats, she seems surprised by her own voice.

3.  Tudi has no friends except me. This on its own is not admirable, but she’s so satisfied with only one friend. In reality she’s my only friend too, and that thought fills me with a frantic loneliness. I wish I were more like Tudi.

4.  Tudi doesn’t have any ambitions and that doesn’t bother her. She sleeps twenty hours a day and only moves long enough to eat, or find a different place to sleep. I don’t have any ambitions either. I just get out of bed and go to work because I have to. Tudi doesn’t need to work and I wish I had her life. I do wish she would contribute though. I ask her to tip her server after meals (me). I ask her who will pay the bills. At sixteen, my mother started demanding rent money. She’d call me a lazy, fat slug in front of her friends. She’d call me useless and then give me a private little smile. When I ask Tudi for rent money, she looks interested at first, but then sticks her whole back foot in her mouth. I tell her she’s choosing to do nothing with her life, parroting my mother. But she doesn’t care.

5.  Tudi exudes a quiet joy and shares it with me. I named her Latuda after the anti-depressant my insurance wouldn’t cover and she’s exactly that. I call her over, telling her it’s time for my medicine. I call her CEO of Snuggle Corp. and demand a shareholder’s meeting. I admire her emboldened cheerfulness, how she’s immune to my criticism. My inner voice has mutated into a crueler version of my mother’s. “You stupid fat ass,” I think to myself when I do something not quite right. “You’re pathetic.” I don’t think Tudi has an inner voice, but if she does it probably doesn’t say that.

And One Thing I Don’t

1.  Tudi terrorizes the neighborhood cat who often lurks outside our door. The cat is only a little smaller than her and hides under parked cars when Tudi approaches. At first I thought she loved this cat, but her behavior doesn’t look like love. She barks and lunges, pulling at her leash with an unfamiliar fury. I can imagine her saying, “Get a job, you lazy fat ass. Do something with your life,” as if she’s learned from me all too well that cruelty is more admirable than softness in small things.

Olivia Post currently lives in New Orleans, where she is working on her MFA in Fiction at the University of New Orleans.