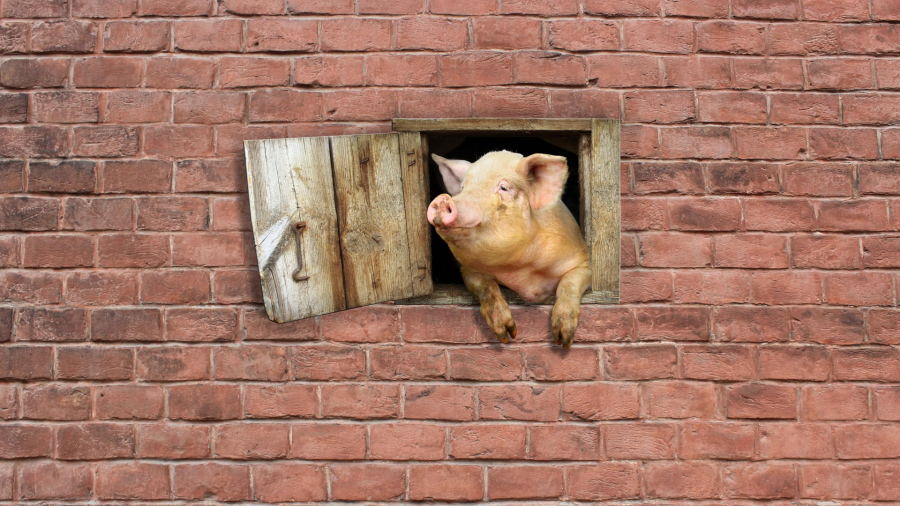 For John Brooke and Ishmael Hope

The traveling circus
makes its way through the woods
where fallen leaves muffle
footsteps and the rattling of wheels,
and black flies swarm
swine and horse and man alike.

The learned pig
grunts twice and slips away
into forested freedom.
He roams alone
as much as his dad had.
His mama had once
eaten a newspaper
while she was pregnant.

Now there are no Italian fireworks
to light his way. No acrobats to leap.
No more audiences to astonish
and amaze. The sound of applause
rings in his ears then fades away.

He snuffles acorns and truffles.
He feasts in forested freedom
for an untold number of days,
but after a while he hungers
for more. He noses some twigs
into formation:

I have been
an abecedarian, fledgling
and elemental. In another life,
I might have been
Francis or Roger Bacon.

Ray Ball grew up in a house full of snakes. She is a history professor, a Best of the Net and Pushcart-nominated poet, and poetry editor at Coffin Bell. Her chapbook Tithe of Salt came out with Louisiana Literature Press in the spring of 2019, and she has recent publications in descant, Glass, and SWWIM Every Day. You can find her in the classroom, in the archives, or on Twitter @ProfessorBall.