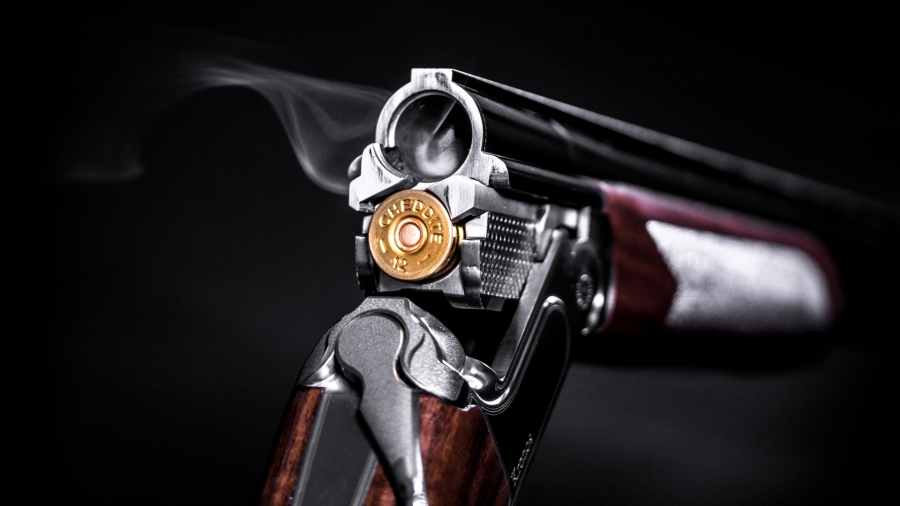 My mother used to tell me about a ghost that haunted the house across the street from where she grew up. The ghost was a little boy, who, according to legend, was shot by his stepfather. It was the kind of story that was difficult to determine the truth of, but the kind of story that would sneak into my consciousness, just as I was preparing for bed.

The story felt like one of those tales spun to scare kids around campfires or during sleepovers. It probably wasn’t real at all, but that didn’t stop me from imagining a kid of no more than ten, standing face-to-face with his stepfather, a twelve gauge pressed against his forehead.

I had no explanation for why my mother would tell me a story like that, except that maybe it had something to do with my father choosing to leave us after his girlfriend became pregnant. My mother never talked about him, and because I didn’t want to upset her, I never brought him up either.

Maybe the ghost was supposed to represent my father, although I couldn’t see how. Or maybe this bit of the macabre was my mother’s way of exorcizing some other demon. Then again, knowing my mother, she could very well have been talking about an actual ghost.

When she grew particularly melancholy, I would ask her to tell me about the ghost. For some strange reason, she enjoyed recounting the story, as if it provided some relief to her keeping the darkness bottled up inside.

One day, I built up the courage to press her more about the ghost, wondering if there was any greater specificity to her usual anecdote.

“Did you ever see it with your own eyes?”

“Everything above his chin had been blown completely apart. His entire head kind of folded in on itself. It was the kind of thing you kept looking at just to see if you could make sense of it.”

I hadn’t expected that level of detail from her, and my stomach tightened. My mother was carrying this around in her head like loose change in her pocketbook. She had told the story so nonchalantly that I wondered if she even knew what she was saying to her sixteen-year-old son. My imagination had never constructed so graphic an image of the ghost and now I found myself unable to think of anything else.

After that revelation, whenever I prepared for bed, I found myself unable to lie down without the aid of a nightlight. I was afraid the ghost might appear in my bedroom, the nearly headless figure creeping closer to me with each child-like step.

One night my fear-induced insomnia led me to seek protection in my mother’s bedroom. I found her asleep, upright against several pillows in her bed, a cocked twelve gauge resting in the corner, not even a full arms length away.

I backed away slowly, careful not to make a sound. Until that moment, I was not aware my mother even owned a shotgun, especially one identical to the gun in her story.

As I tiptoed back into my bedroom, I locked the door behind myself. I didn’t know who or what my mother feared, but I immediately feared it, too.

With darkness encroaching on my nightlight, I buried my head beneath the covers. It was all I could think to do to repel the ghosts.

Ran Walker is the author of sixteen books. He currently serves on the creative writing faculty for Hampton University in Virginia. He can be reached via his website, http://www.ranwalker.com.