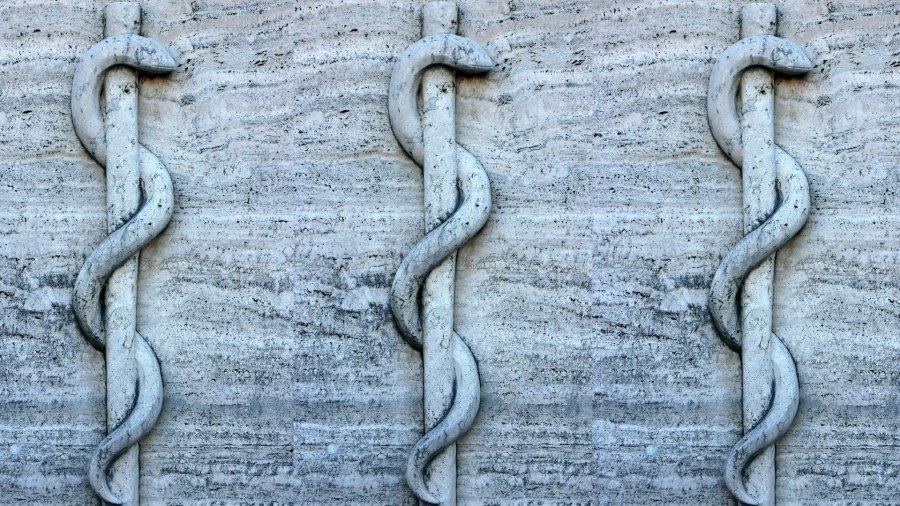 Before the stoning
before the council
condemning those who claimed
there was a time when He was not
as heretics, Hypatius
charmed a snake.
The serpent coiled in the emperor’s treasury
like a dragon guarding the royal gold.
The bishop of Gangra arrived,
wielding his staff as a weapon. Perhaps,
as the legends say,
he beat the snake, striking its mouth repeatedly, until wearied,
the giant reptile surrendered its free will
and slunk after the saint to be sacrificed at the pyre.
But perhaps,
that is only
a story we tell
ourselves
about good and evil patterned too simply to tell
wisdom from venom. The shape of the staff
matters when a holy man
comes to hook a snake, when the snake sheds
its skin in the marketplace
and winds on as if resurrected,
when something nearly extinct,
like the sand boa,
reappears.

Ray Ball grew up in Oklahoma and Texas and received her PhD in History from Ohio State. She is currently a history professor based in Anchorage, Alaska. When not in the classroom or the archives, she enjoys running marathons and drinking bitter beverages. She is the author of two history books and her creative work has recently appeared or is forthcoming in Breadcrumbs Mag, L’Éphémère Review, and The Cabinet of Heed. She tweets @ProfessorBall.