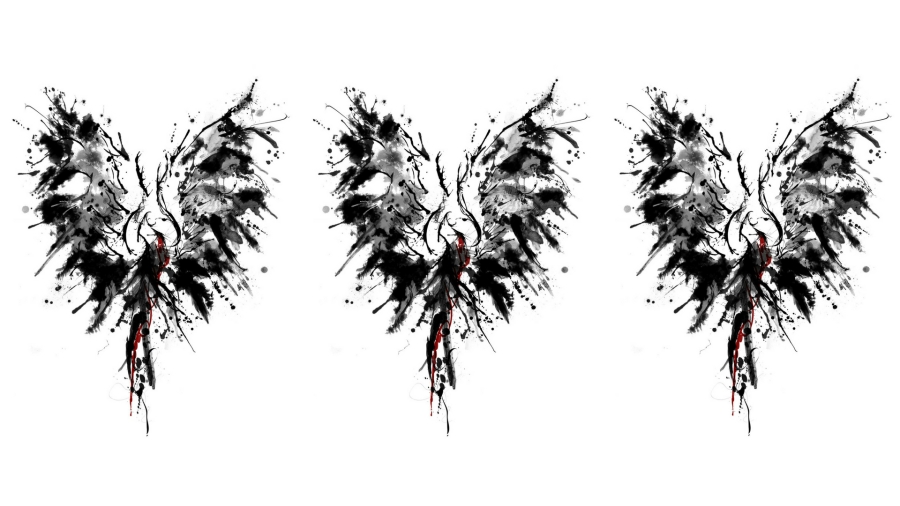 The sin of living, the sin of not dying: which is the greater sin?

Would peacock cremation be the best way to jump-start the phoenix population?

Did you meet the dead animals you’d killed in your first life? How’d that go?

To the best of your recollection, what was the average wingspan of a seraph?

Were they beautiful? If yes, did you feel judged by this loveliness?

Did you hear the Cocteau Twins coming or going?

Was there forgiveness? Was there?

Did you hear the crows peck open the field above you?

Do you feel you’ve stopped living or stopped dying?

To the nearest decimal point, please count your blessings:

When you examine a Lichtenstein self-portrait, do you see a self?

Do you feel you’re the victim of a father and son magic act?

Do you consider earth your new birth mother?

Describe your feelings toward God the Father and his apprentice son:

How many times a week do you now have sex with your wife?

Is this more or less than before?

Define the traits you have in common with a) a seraph, b) a peacock c) a phoenix

Do people see you as coming or going?

Please use the space below to tell us what you want to see the next time:

Ted Mico began his writing career in London as a critic for the weekly music paper Melody Maker. Since then, he has edited three books, written columns for places such as The Guardian and Huffington Post, and had his poetry published in journals such as Caesura. He is now based in Venice, California.

3 thoughts on “The Lazarus Questionnaire by Ted Mico”